Home News 3 reasons why TikTok is here to stay

3 reasons why TikTok is here to stay

Owned by ByteDance, TikTok was launched as Douyin in China in September 2016 and introduced to the international market as musical.ly a year later, but in November 2017 the tik tok bought musical.ly. It is a leading short video platform in Asia, the United States and other parts of the world. The app gained popularity and became the most downloaded application in the U.S. in October 2018, and as of 2018, it became available in more than 150 markets and in 75 languages. The application allows users to create short videos of up to 60 seconds.

In July 2018, the application had more than 500 million users worldwide. Instagram's secret sauce at the time of its debut in 2010 was that it empowered users with no prior photographic experience to instantly create nice photos and share them with a social network. Consumers can apply filters and express their life visually from the palm of their hand.

Just 18 months after launch, Facebook acquired Instagram – which at the time had zero dollars in revenue – for one billion dollars, a risky bet that many analysts now see as the acquisition business of the decade. Instagram time on the platform continued to rise over the years to come and has only recently adjusted. Currently, Snap CEO Evan Spiegel says that TikTok can be bigger than Instagram.

Whether you are an avid content creator, a marketing entrepreneur, or just desperately want your child to stop doing crazy dances they found on the internet, we have news: TikTok is not going away anytime soon. Social media applications come and go, but the consumption of video content continues to grow.

Hours spent consuming content on a smartphone are well on the way to eventually overcoming hours spent watching television, and the current stay at home has probably accelerated these consumer trends.

Consider the impressive growth statistics of TikTok: at the time of writing, TikTok is the most downloaded free social media application, and the second among all downloaded applications only surpassed by Zoom. American users represent 20% of all TikTok revenues. According to an online research project by the Influencer Marketing Hub, the engagement rate is higher on TikTok than on other social media platforms (higher than Instagram, and five to 10 times higher than Twitter, depending on the size of the account) .

TikTok is a triple threat because it combines unstoppable video creation and an entertainment-oriented social network.

Here are three key components of the TikTok interface that will guarantee its popularity for months and years to come:

The application's features for shooting images, quickly cutting and pasting clips, and incorporating music and voice effects at the touch of a button, make it an amateur creator's dream. If you're new to TikTok: Videos are 15 seconds long, but users can create a series of up to four 15-second segments at the same time.

(3296)
$49.99
Ships from USA.[ADVANCED TECHNOLOGY FOR EXCELLENT PERFORMANCE] iHealth No-Touch thermometer is backed by testing validated. We provide 3 Ultra Sensiti... read more
(as of July 11, 2020 - More infoProduct prices and availability are accurate as of the date/time indicated and are subject to change. Any price and availability information displayed on [relevant Amazon Site(s), as applicable] at the time of purchase will apply to the purchase of this product.)

Videos can be shared publicly, uploaded to accounts, or can remain completely private. Tagging other accounts, hashtags and saving videos for your own albums are part of the ecosystem The editing function is particularly seductive because it allows you to create a storyboard of a video and then quickly produce and publish a finished product.

2. The TikTok feed is linked to viral videos

The TikTok home page is much more like Twitter than Facebook or Instagram; viral videos with huge involvement are shown first and comprise the feed, and you are served one video at a time (although a “Discover” tab allows you to browse specific topics or hashtags).

This is part of TikTok's competitive advantage: An infinite number of requests and challenges facilitate participation because you don't need to have anything interesting to say to start with. Performance-oriented videos are embedded in TikTok's DNA, especially after ByteDance acquired the Musical.ly lip sync application in November 2017 and absorbed its features in the TikTok experience.

3. TikTok assets are easy to cross

Everett Rogers, professor of communication and author of the popular 1962 book Diffusion Of Innovations, divided adopters of new ideas and technology into five categories: Innovators, early adopters, the early majority, the late majority and laggards. Rogers' research designates both effective communication channels and a social network as factors in the proliferation of ideas, and tikTok has both in its favor.

(10653)
$4.98
For use with all standard and wide-neck Dr. Brown's Natural Flow baby bottlesFeatures a grooved, no slip handle and a combination sponge and bristle b... read more
(as of July 11, 2020 - More infoProduct prices and availability are accurate as of the date/time indicated and are subject to change. Any price and availability information displayed on [relevant Amazon Site(s), as applicable] at the time of purchase will apply to the purchase of this product.)

While innovative and ‘early adopters ’together represent just 16 percent of the population, the app’s options for sharing both the content you create and the content you discover – like the Instagram story feed – mean that the app’s content is exposed to other larger audiences.

TikTok content is already created as vertical video, so sharing content to Instagram Stories is easy and will likely contribute substantially to the organic growth of the platform user. Whether you're a content creator or a social media visitor, you'll probably hear about TikTok for months and years to come. 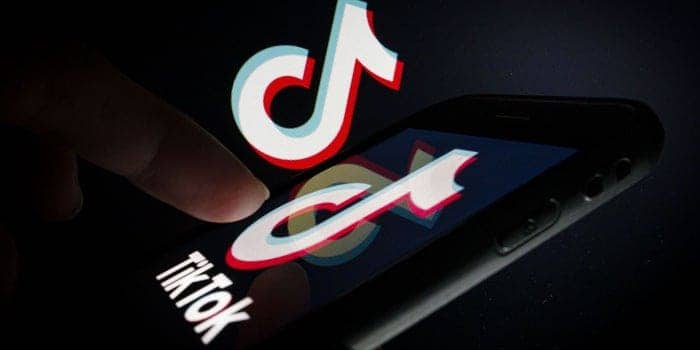 TikTok offers a “skills acquisition” experience, only this time its users can become experienced videographers. Everything you need to create a multimedia experience – from cutting and adapting clips, to adding soundtracks and filters – can be done entirely within the app and easily shared with friends, which is critical for time on the platform (and potential future earnings of ads for the TikTok parent company, byteDance).

(7000)
$19.99
Moisture-wicking, breathable and stretchy fabric provides complete coverageHigh-rise, wide waistband for no muffin top and maximum coverage while bend... read more
(as of July 11, 2020 - More infoProduct prices and availability are accurate as of the date/time indicated and are subject to change. Any price and availability information displayed on [relevant Amazon Site(s), as applicable] at the time of purchase will apply to the purchase of this product.)

Denying and glorifying the Srebrenica genocide...

Covid-19: Guardianship guidelines «are insufficient to...